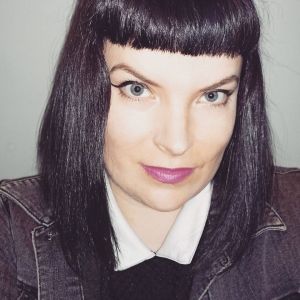 That’s right! At the age of 29 I’m going to be a not-so-mature student (come on, I wear flamingo print trainers and have a tattoo of Hello Kitty as Edward Scissorhands.) I’ve got an unconditional place to study Broadcast Journalism at Nottingham Trent Uni from September and it is safe to say that

As I’ve mentioned before, I used to co-present on BBC Radio Stoke on the Introducing show with the lovely Rob Adcock (you can hear a clip on my soundcloud of my first ever show) and was bitten by the radio bug. However, as it often does, life and bills got in the way when I relocated to London and it fell by the wayside when I had a phone based day-job and concentrated on writing freelance for Rock Sound, Big Cheese, AOL and the like.

I often get comments about my voice as it’s on the lower end of the scale – think Lauren Bacall/Joanna Lumley/the Caramel Bunny as opposed to Barry White! – it used to be the bane of my life but now I get a lot of compliments. Apparently it comes across well on air, I’ve recorded the hold messages for a few places, and as my loved ones can confirm I love to talk. Having pneumonia and pleurisy at the start of the year really did put things into perspective, as much of a cliché that is, I’m really grateful to have this chance now and fully intend to make the most of it.

A couple of weeks ago I was invited to come on to Notts TV and record a section about recommending new bands with Richard Spurr, unfortunately due to some technical gremlins it didn’t air but hopefully I’ll be going back to re-record it at some point! It was amazing to be asked and although terrified beforehand it proved to be great fun. I’ve also secured a two weeks placement at BBC Radio Lincs just before I start uni in September, so it’s all go.

If anyone has any tips/advice for student life (especially from those who went when they were a little older) please do send them my way! I won’t be living in halls, but I’m moving back to Nottingham itself. Exciting times. Don’t get me wrong, there are a lot of nerves about being older than most there, making friends, fitting in, going back into education after so long, but mostly I’m just looking forward to it.

Oh, I also dyed my hair black again after all that, because I’m contrary. Oops. I have two new tattoos too, (up to ten now!) and due an 11th next month! Post about them coming soon.

One thought on “I’m going to uni! TV, Radio and other things.” 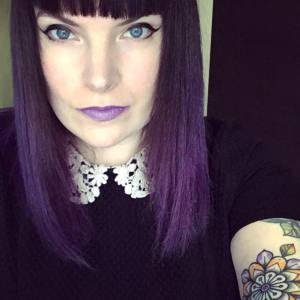